New Picnic Table at Carini Preserve
The Chester Land Trust offers the community a special place to practice social distancing. The Carini Preserve on Water St has a new eight foot picnic table for public enjoyment. Come to the preserve to relax, watch birds, fish and be sure to pack a picnic treat. The Chester Land Trust expresses their appreciation to Robert Muldoon of Killingworth (former Chester resident) for donating the picnic table for everyone to enjoy. 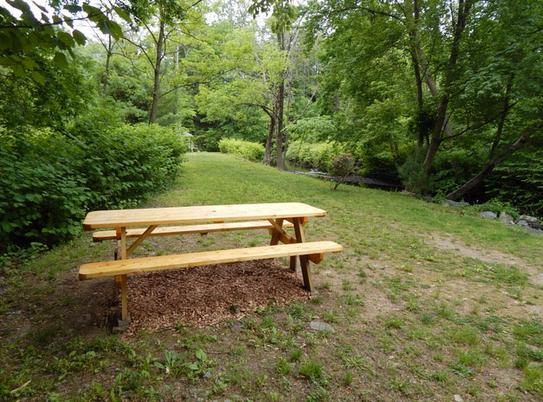 On a windy, bone-chilling morning, Sandy Sanstrom – our osprey mentor – drove his small Boston Whaler up from PYC to Morvella's where he picked up Bill Myers, Pete Yuhasz and Steve Cline. We searched upstream on the Pattaconk River for a suitable spot between Moravella’s and the center of Chester with no success. Not solid enough to hold the foundation for the nest. So we moved downstream just east of the Route 154 bridge over the Pattaconk River. We found a very suitable location about 150-175 yards directly in the center on a solid section of ground. We first dug with a post-hole digger to check out the strength of the ground. All looked good, so we began. Following Sandy’s instructions, we assembled the sections piece by piece which were all built by Pete at his home. After approximately two hours the osprey nest and "husband's perch" were up!

During the entire installation we could hear the calling of nearby circling ospreys. Reports later indicated the ospreys moved in within several hours of completion. I believe that ospreys “know” the man-made osprey nests as there are hundreds dotted around the river and coast line, and there is a fight for the nesting locations due to the booming osprey populations. 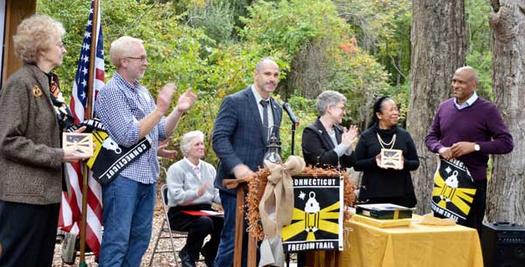